Do you know where Kick Boxing was born? Its origin is Japanese 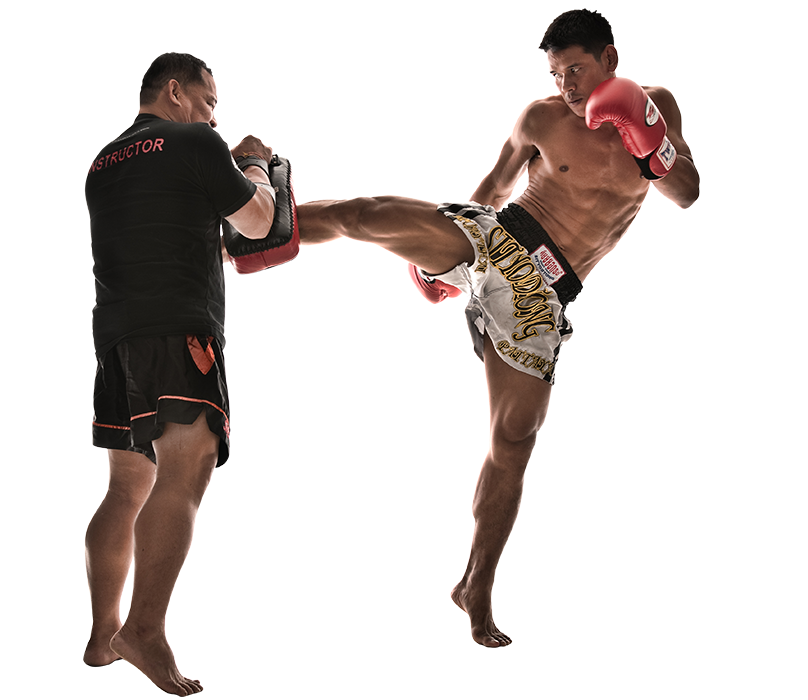 For some, Kick Boxing is a Japanese combat sport that mixes some boxing techniques together with those of martial arts. For others, Kickboxing is the Japanese version of Muay Thai (Thai box), and its creation was not due to the inspiration of a master of martial arts, but to the initiative of a Japanese sports promoter named Isamu Noguchi.

To understand how it was born, it is necessary to mention that part of the foundation was due to the controversies existing because of the repeated defeats by the karatekas that had faced in Thailand with exponents of Muay Thai. What made it analyze the effectiveness of karate do against the Thai version of sport, that's why he took advantage proposing this option.

The birth of Kick boxing dates back to the 60s, when Noguchi faces a recognized karate player named Tadashi Sawamura against Thai boxer Lacray of Tokyo, and although the expectation was great in his favor, the result of the fight was not as expected by this promoter, since Lacray underestimated the Japanese, and Sawamura was not any karateka, and in the first phase of the fight applied to the Thai a frontal kick in jump to the chin, knocking him out almost in the initial minutes. This episode left learning and did not discourage Noguchi, who again organized a show to face karatekas with boxers, generating more expectation in the audience.

This combat caused Sawamura to receive a severe punishment from Adisorn, and from the first assaults the Japanese was repeatedly shot down with a marked execution of punches, knees, elbows and kicks, and in the fourth round was knocked out. This opened the door to the new sport. Then, 1963 is the year in which the formal start of this activity is registered.

There are several elements of the methodology and training that resemble Muay Thai, however, it is less strong than the latter, and in sports regulations the elbow and knee blows to the head were eliminated, although in other parts of the body.

Precisely, in the Kick boxing the sports regulations are similar to those of the Muay Thai, that is to say, a ring is used, matches agreed with division of weights, the assaults are of two minutes of duration by one of rest. The authorities determine the control of the combats, and the main ones are constituted by prosecutors, judges, arbitrators and doctors.

For protection purposes, competitors must wear boxing gloves, inguinal and buccal protector, feet and tibia are worn naked, although the use of anklets is allowed, as clothing is a wide short, very typical of Muay Thai.

Another curiosity of this sport is that, despite developing since its inception in Japan did not receive the name with Japanese words, but were in English; kick boxing. This was initially due to the fact that we wanted to position this type of sporting events in the United States, Europe and other regions of the world, which was where the initiative was pointing.

As expected by many, and as happened to Muay Thai, kick boxing could not capture much interest in the West or in the United States, so only with the advent of Full Contac and the interest aroused by this new sport, it opened doors to both disciplines. The spread of sport by the US, Europe, Asia and South America gained strength, in fact, at present, its name is used in a generic way and is synonymous with other martial activities that do not necessarily have anything to do with the original and that They promoted their creators.

From another point of view, Kick boxing is a sport reinterpretation of different martial arts, which has been evolving, and has positioned itself well in several countries.

In the year 1974, Mike Anderson founded the Professional Karate Association (PKA), which would then change the "K" of karate to that of Kick boxing. At some point these competitions were called Full Contact Karate, until Delcourt, president of the International Karate Federation, banned him for not agreeing with those competitions. Two years later, the World Association of Kick Boxing Organizations (Wako) was founded.

The American Kick Boxing is usually divided into graduations similar to those of karate, that is, by belts in the colors white, yellow, orange, green, blue, brown and black, of course, with the different levels of black from the 1st to the 10 °. And as it has been explained in the voice of its great exponents, it is a sport that allows a comprehensive training and not only trains for competitions, but also allows people to improve their physical shape and be more prepared in terms of personal defense.

This work has allowed that today kick boxing is a successful martial and sports combat system.

Do you know where Kick Boxing was born? Its origin is Japanese

The Importance of Warm-Up Before Training

What kind of gyms do professional wrestlers want?